To little or to much of a substance?

Some of the theories of Schizophrenia etiology mention the drug induced hallucinations as a raw-model for Schizophrenia but there is a problem with that – Persons with Schizophrenia doesn’t have these substances in their blood while hallucinating. Some drugs and some medicines might create states that remind of Schizophrenia: Ketamine and Phencyclidine (PCP) are the most mentioned. But the substances are not identified in the blood of the persons having the problem.

Here will in show the signs of lacking Oxygen and that there actually is a substance that can cause some of the symptoms and that persons with schizophrenia have it in their exhaled breath.

Lacking essentials as cause of Schizophrenia?

Probably, as much as 50% of the genes involved in the disease could be changed due to hypoxia. And seeing the BOLD results really tells me that they don’t get the oxygen needed.  Can we really get a much stronger evidence of hypoxia?

We will show that there is in fact, a substance that by itself can create most of the symptomatology panorama and that this very substance also is detected in the individuals having disease. The substance is Carbon Sulfide or CS2. One of the most active metabolites are H2S (Hydrogen Sulfide) or more likely – H2S is the mother-substance and CS2 the metabolite.

BDNF – GDNF is Dead – Science and Nuts is here

Technorati, technorati tags, Thanks for al the links Kungabloggen. and al of you nice supporting ppl. Originals, Please be aware that we have changed the UR. And a word about wordpress.com to change URL with just a few click and most of the post and stuffs working right away -fantastic. Nice and very good, since moving can be quiet a job with al the redirect 301…. 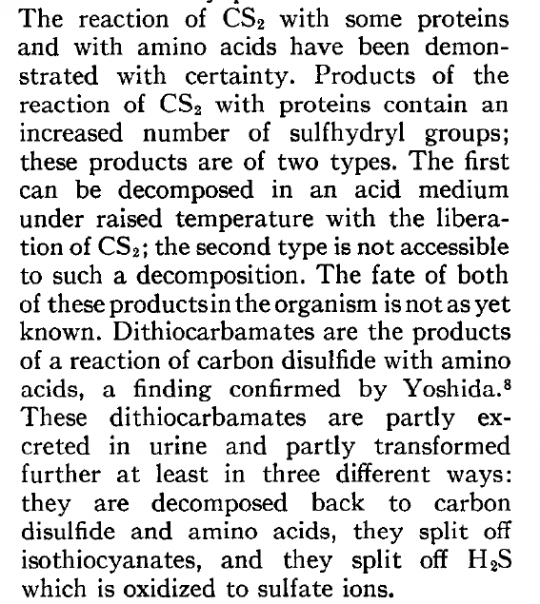 But first of all let us see that the CAC-hålet theory shows that the reactive substance CS2 which in itself can cause some of the symptoms in Schizophrenia and is metabolized to Hydrogen Sulfide – H2S in the body, by a new route.  CS2 is also detected in the exhaled air from persons with Schizophrenia.

The core function in aspiration is gas exchange with the biosphere and to regulate the breathing to the needs of the cellular respiration. In schizophrenia the Carbonic Anhydrase Catalysis – CAC is slower than normally resulting in a prolonged hypoxia in the mitochondria after increases in the O2 consumption, part of these fundamentals are later shown in the BOLD fMRI where the blood oxygenation levels curve are steeper in persons with schizophrenia.

CS2 and the metabolites dithiocarbamates and H2S are potent inhibitors of CAC, this will result in a further decrease in the function of Carbonic Anhydrase and the CO2 reactivity will get even slower. Or the other way around, H2S is the mother-substance to the reaction.