More about GDNF and Ibogaine 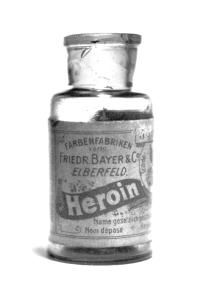 Why and how ibogaine modulates the desire to consume alcohol in rats: Alcohol addiction manifests as uncontrolled drinking despite negative consequences. Few medications are available to treat the disorder. Anecdotal reports suggest that ibogaine, a natural alkaloid, reverses behaviors associated with addiction including alcoholism; however, because of side effects, ibogaine is not used clinically. In this study, we first characterized the actions of ibogaine on ethanol selfadministration in rodents. Ibogaine decreased ethanol intake by rats in two-bottle choice and operant self-administration paradigms.

Ibogaine also reduced operant self-administration of ethanol in a relapse model. Next, we identified a molecular mechanism that mediates the desirable activities of ibogaine on ethanol intake. Microinjection of ibogaine into the ventral tegmental area (VTA), but not the substantia nigra, reduced self-administration of ethanol, and systemic administration of ibogaine increased the expression of glial cell line-derived neurotrophic factor (GDNF) in a midbrain region that includes the VTA. In dopaminergic neuron-like SHSY5Y cells, ibogaine treatment upregulated the GDNF pathway as indicated by increases in phosphorylation of the GDNF receptor, Ret, and the downstream kinase, ERK1 (extracellular signal-regulated kinase 1). Finally, the ibogaine mediated decrease in ethanol selfadministration was mimicked by intra-VTA microinjection of GDNF and was reduced by intra-VTA delivery of anti-GDNF neutralizing antibodies. Together, these results suggest thatGDNFin theVTAmediates the action of ibogaine on ethanol consumption. These findings highlight the importance of GDNF as a new target for drug development for alcoholism that may mimic the effect of ibogaine against alcohol consumption but avoid the negative side effects. 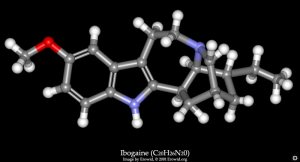 The up-regulation of GDNF

Human reports and studies in rodents have shown that a single administration of Ibogaine results in a long-lasting reduction of drug craving (humans) and drug and alcohol intake (rodents).

Here we determine whether, and how, Ibogaine exerts its long-lasting actions on GDNF expression and signaling. Using the dopaminergic-like SHSY5Y cell line as a culture model, we observed that short-term Ibogaine exposure results in a sustained increase in GDNF expression that is mediated via the induction of a long-lasting autoregulatory cycle by which GDNF positively regulates its own expression. We show that the initial exposure of cells to Ibogaine or GDNF results in an increase in GDNF mRNA, leading to protein expression and to the corresponding activation of the GDNF signaling pathway. This, in turn, leads to a further increase in the mRNA level of the growth factor. The identification of a GDNF-mediated, autoregulatory long-lasting feedback loop could have important implications for GDNF’s potential value as a treatment for addiction and neurodegenerative diseases.—He, D.-Y., Ron, D. Autoregulation of glial cell line-derived neurotrophic factor expression: implications for the longlasting
actions of the anti-addiction drug, Ibogaine. More here